They say that imitation is the sincerest form of flattery, so trust me when I say that I sincerely admire the Live Blog from NoMuskles over at Forum Blue and Gold. So much so, that I’m going to take a stab at my sharing my Live Blog ( a running diary of the game) as today’s Lakers-Jazz Recap.

You can also find the Jazz fans' views at SLC Dunk.

On to the running diary ...

Pregame – A couple is shown holding hands walking to Energy Solutions arena – one wearing a Kobe Bryant Jersey, the other a Deron Williams jersey – heartwarming.

KCAL9 reporter and die-hard Laker fan John Ireland interviews Pau Gasol, who is wearing a corduroy jacket. That much corduroy could probably make three pants for me.

Kobe is in the locker room in Utah, getting treatment on his ankle.

To the game after the jump ...

11:35 Kirilenko, with the monk haircut, with the dunk. The Monk Dunk.

8:50 Lamar is active, getting the and-one. On the replay I notice how physical Ron Artest is under the boards. He’s always fighting for rebounding position, gotta love that. 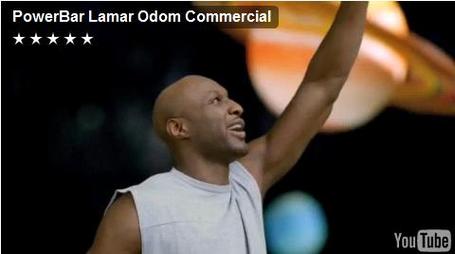 6:52 Boozer’s got a strange release on his jumper, it looks like he leans waaay back to shoot it.

6:19 Gasol with the pretty pass to Shannon Brown for the reverse lay-in. Shannon does the right thing when his man leaves him to double Gasol. If your defender can’t see you, cut to the basket.

3:07 Timeout Lakers, Lakers 19, Utah 18. The Lakers have really kept the fans out of this game. I’m sure they were hoping to crush the Lakers quickly, with the hot streak the Jazz have been on.

2:32 Caught a fan wearing a sweatband on his head. With a red beard and glasses. Awesome.

1:36 Joel Meyers calls Ronnie Price "Ronnie Brewer". You knew that would happen at least once, right?

1:00 They Let Shannon Dunk! Did I mention the feed on the break was from Gasol? If this were on ABC, that play would be followed with "How many 7-footers can do that?"

0:27 Shannon returns the favor, with a touch alley oop pass to Gasol, who tips it in for two. Shannon would have dunked it.

0:00 The first quarter comes to an exquisite end with a Farmar buzzer beater. Lakers 31, Jazz 18. The Lakers shot 52%, and played stifling defense. I will now try to ignore the elephant in the locker room getting treatment.

11:53 Lamar is an All-Star head sweater. It looks like it rained on his head.

9:53 The Machine goes into hyperdrive and drops it off to Gasol for the dunk.

8:36 This is a special night. The Machine is making things happen, he even gets Congo Cash a dunk! Lakers 42, Jazz 26

7:16 C.J. Miles makes a nice floater in the teeth of the Lakers defense.

6:12 Mbenga really has a quick release doesn’t he? That was the second quick 15 footer he’s taken.

5:18 Timeout Jazz. Energy Solutions Arena has neither energy nor solutions tonight. There is an arena, however.

4:47 Dwill crosses over Artest at the three point line and lays it in. I think I saw a dust cloud behind him.

3:32 Boozer has an even stranger free throw routine, rocking his knees back and forth before shooting. It’s creepy.

2:40 Lamar really making things happen as he dribbles Boozer into the box and banks it in.

0:37 DWill jumps into Artest and gets the foul, but it looks like DWill got the worst of that encounter. Artest must be like a brick wall.

Lakers 56, Jazz 41. Okay, at this point, I have to start acknowledging how this team plays without Kobe and Bynum. The team offense is so fluid, and everyone is engaged in defense. More on this after the game, if the Lakers keep this up and win.

10:04 Boozer misses his sixth free throw of the night. They could use those points.

9:16 Refs correctly call Odom for traveling. I appreciate that. On a hop step you have to land on two feet and then jump off two feet.

6:39 Shannon goes into stands and makes a fan lose his beer. Jerry Sloan looks like he could use a beer.

6:17 Pau Gasol with another nice pass, this time to Ron Artest under the basket. AK47 acts like his arms were naturally wrapped around Artest’s left arm, as if Ron placed them between AK’s folded arms.

6:07 Fish with the patented "slide under the player" charge on Kirilenko. Say what you will, I don’t like that play or call. I guess it’s winning basketball, though.

4:30 Kyle Korver, coming in for the first time tonight, gets a huge ovation. They love them some Kyle Korver in Utah.

3:43 Everytime the post player fakes the handoff to the curling cutter, I think of Lucy swiping away the football from Charlie Brown as he’s about to kick it.

3:06 Sasha is throwing a fit over some foul call, as Lamar tells him to calm down. Hilarious.

End of the Third Quarter

Lakers 76, 57. All the Lakers have to do now is match the points that the Jazz score in the fourth, and they’re home free. The Jazz look all out of sorts right now, trying to scrape some dignity, so I wouldn’t be surprised to see them score a lot this quarter, let’s just hope the Lakers can keep up somewhat, now that they’ve spotted the Jazz 19 points.

12:00 For the second time time tonight Joel Meyers misidentifies Ronnie Price, this time as "Wesley Mathews". Stu corrects him. Price is called for a technical for whispering sweet nothings to The Machine before the inbounds pass. Jerry Sloan must be thrilled.

11:13 Price is on Sasha like Elmer’s glue. You gotta love the passion on this kid, even if you’re a Laker fan. Down sixteen, and he plays like it’s a tie game. The game takes on a new flavor with his intensity.

8:50 Wesley Mathews dunks it off of a steal to cut the Lakers’ lead to 14, and Mr. Mo is now on the side of the Jazz. Lakers just need to hang on for 8 more minutes.

7:02 The lead is now down to 12, and the crowd is showing some signs of life. It would be freaking fantastic if Kobe came walking down the tunnel in his warm ups, came in the game, and closed the door on the Jazz. That stuff only happens in the WWE.

6:02 Guess we don’t need the Kobe scenario, we just need Lamar, who’s been hitting timely shots all night. Lakers 84, Jazz 69, and the rubber on the fridge door is touching the jamb, the Lakers just have to push it shut.

5:33 Joel Meyer’s increase in volume when a player makes a shot is comic, especially on highlight clips like at lakersmedia.com – "Millsap gambles ... PAU BEATS HIM!!" ... "Gasol, here comes the double .. with THE LEFT HAND OFF THE GLASS!!!"

3:11 Fish puts the dagger in the Jazz with an over the head layup. Lakers 92, Utah 74, and the the lights are out, the eggs are cooling, the butter's getting hard, and the jello's jiggling!!! ... I miss Chick.

The final two minutes are a formality, featuring a Korver airball, some half-hearted shots, and a smattering of boos from Jazz fans. Fans are so fickle.

Wow. Wow. Wow. The wins against Portland and San Antonio were a nice gift, but I was still holding off judgment until they played an elite team. The Jazz were the first real test, in my mind. They were hot, healthy, and at home.

The Jazz didn't play a great game, but the Lakers contributed to it with good team defense, heck even the Machine wreaked havoc on D. And even if you don't subscribe to that version of events, you have to admit that the Lakers offense was like a well oiled machine, with Pau controlling the post, Lamar forcing the issue, and Farmar carving up the lane and bagging threes.

It seems like every player can be commended for contributing to this win, even if they didn't put up great stats, so I'll stick to praising the obvious ones in Pau and Lamar. Everyone gets a star, though, even Luke Walton.

Pau dropped a Megan Fox Fantasy line of 10-15 FG, 22 points, 19 rebounds, 4 assists, and 5 blocked shots. I won't say he was a beast, because that implies all power and no skill. Even his blocked shots were skillfully timed. Pau was more like a dragon, breathing fire and dropping dimes from the post.

Lamar was aggressive all game, and took advantage of the Jazz's lack of anyone to match up with him. He hit timely shots all game, AND he made 11-12 free throws. Whaaat?

After this win, I’m left with tons of questions, the questions I didn’t want to have to ask. And it seems like no one in Lakerland wants to ask these questions either, as they would amount to sacrilege. But after 3 straight wins, I think the time is right to ask them. Questions like: How will the Lakers react to Kobe’s return? Are they dreading it? Will they resent him if they don’t play as well?  Will he play differently now that he sees they can handle driving the car without supervision?

I won’t go as far as to say that Kobe is a cancer or the Lakers are better off without them, that would be LUDICROUS, and you can tell anyone who thinks so that I said they are CRAZY.

I just am surprised that they responded this way. Now, when Kobe comes back, can he keep it rolling and mesh with team? Because you know that if things start bogging down on offense, the players are going to be real short tempered, because they feel they’ve proved they can play well without him.

Yes, the Jazz may have laid an egg tonight, but combined with the wins in Portland and against San Antonio, there's no denying that the Lakers can play offense and defense the way Phil Jackson and Tex Winter envisioned it.

I hope this the start of something good. I hope Kobe kicks the party up to another level when he gets back.

I sure hope so, Jim.

So many questions, and it makes the second part of the season all the more interesting. We know drama.

Here's your boxscore to drool over: