What Will Happen in Every Laker Game This Month

Share All sharing options for: What Will Happen in Every Laker Game This Month

Even with last night's loss to the Clippers, the month of January is off to a decent start in Lakerville. Our guys are 3-1 against respectable competishe. It'd be nice if that record were 4-0, but into every team's life the odd loss must fall, especially with Pau Gasol hurt. It's nothing to get too enraged over.

Ye olde schedule, though, is about to get unkind. From tomorrow night in Portland until the end of the month, the Lakers will play 13 games in 23 days. That means they'll be tipping off a new contest every 42 hours or so. And the vast majority of those tip-offs will be on the road. Is this the end of the Lakers' run atop the league standings?

The future is a great mystery to most people, but not me. Using chicken entrails, my guides in the spirit world, Biff Tannen's 2015 Gray's Sports Almanac and a 20-sided die, I've ascertained how every Lakers game in January is going to play out. After the jump, gaze with me into the mists of time, but please note: these predictions are not made for entertainment purposes only. You are strongly encouraged to wager a big portion of your net worth on their accuracy. In fact, by reading this sentence you are agreeing to do so.

At Portland (1/8) - The last time the Lakers won in Portland, Sedale Threatt was starting in the backcourt, the franchise was still based in Minneapolis and Oregon wasn't yet a state. Playing in the Rose Garden is like visiting a public restroom: a bit stomach-churning and an experience to be undertaken only out of necessity and as rarely as possible. I'm pleased to tell you, however, that the Lakers' streak of losses in the northern wilderness will end on the morrow! The Blazers are injury-weakened and have no one to guard Andrew Bynum. The most popular player at SS&R will thrill his legion of comment-thread fans. Guaranteed Outcome: Laker Win.

Milwaukee (1/10) - Milwaukeeans, I assume, are still out-of-joint over the Kobe Bryant buzzer-beater last month? No fourth quarter derring-do will be called for in this one. The Bucks aren't a good road team and don't have the ingredients to cook up a victory in Staples. Gasol will still be out, but it won't matter. The Lakers will roll big. On the final possession of garbage time, Sasha Vujacic will hit a three-pointer to put the Lakers up by 22. Bucks fans will believe he committed an offensive foul and resume distributing anti-Laker pamphlets outside their local grocery stores. Guaranteed Outcome: Laker Win.

At San Antonio (1/12) - It's kinda strange, is it not, that we haven't seen these guys yet? The Spurs are older than Hot Rod Hundley, but they're still a formidable opponent in their own building. My clairvoyance foretells a loss to these, our loathsome Western Conference rivals. Bynum gets killed in the thread for his defense on Tim Duncan. Pau still out. Guaranteed Outcome: Laker Loss.

At Dallas (1/13) - Is that... is that Pau Gasol's music?! No. No, sorry. It's Luke Walton's. Luke's back, everyone! Just in time to share the blame for the Lakers' second two-game losing streak of the season. Playing in Dallas the night after you play in San Antonio is a tough drink to mix. The Lakers are game but come up just short. Mark Cuban grins smugly courtside. Laker fandom enters crisis of self-confidence. Guaranteed Outcome: Laker Loss. 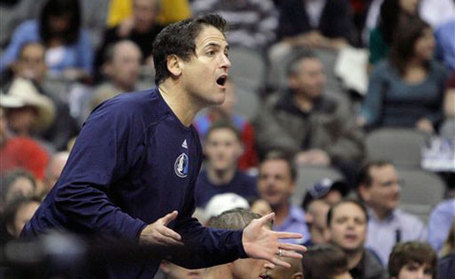 Clippers (1/15) - Back home for a brief spell, and yes that is Pau Gasol's music, finally. He and his hamstrings return to action. Packing more verve than they showed last night, the Lakers plow through the Clips and avert anarchy among fans. Trade rumors gathering strength. Guaranteed Outcome: Laker Win.

Orlando (1/18) - At the moment, the Magic are falling apart at the seams. Ten days from now, I suspect they'll have stitched themselves back together somewhat. They'll be sharp. The Lakers will be sharper. Dwight Howard will foul out. Avatar will pass $400 million in domestic box office. Guaranteed Outcome: Laker Win.

At Cleveland (1/21) - Now things are getting serious. The start of the eight-game road trip, opening up in freezing-ass Cleveland. Quicken Loans Coliseum or whatever it's called will be bristling and hostile, but sadly for them this is when the Lakers, having played reintegrated Pau, discover the road-ninja within. But cheer up, Cleveland: losing to Road-Ninja Lakers is great honor. Guaranteed Outcome: Laker Win. 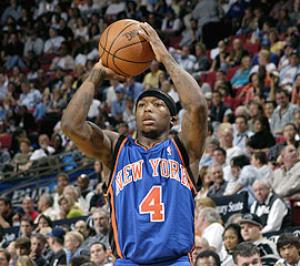 At Toronto (1/24) - There's gotta be a random loss thrown in somewhere, right? This isn't it. The Raptors have a horrible defense. All will crumble before the Laker road machine. Guaranteed Outcome: Laker Win.

At Washington (1/26) - The finger guns capital of the world! Lakers visit White House, Kobe plays some casual one-on-one with the President. Ron Artest watched closely by Secret Service. Gasol has dinner with the Spanish Ambassador. Despite distractions it's another Guaranteed Outcome: Laker Win.

At Indiana (1/27) - OK, this is the random loss I was talking about. It's one of those games when the Lakers will look fatigued and ennui-ridden. Indianapolis does that to a man. The win streak ends at six, but along the way L.A. reclaims the league's best record from Cleveland. The trade rumor du jour sees Luke headed to Minnesota for Ramon Sessions and Sasha Pavlovic. Guaranteed Outcome: Laker Loss. 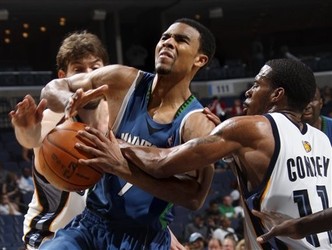 At Philadelphia (1/29) - The Luke/Sessions/Pavlovic deal actually happens the morning of the game, forcing the Lakers to play shorthanded. They still win because the Sixers blow. Sessions and Pavlovic join the team the next day, and fears arise that Serbian-Slovenian tensions will rip apart Laker locker room. Turns out Sashas Pavlovic and Vujacic get along just fine. Guaranteed Outcome: Laker Win and Win for Ethnic Harmony.

At Boston (1/31) - Boston Cel... Cel-tics? Who the hell are these guys? Is this an expansion team? I can't imagine the Lakers losing to an opponent so lacking in reputation. That said, until I learn more from my sources in the Occult, I really shouldn't jinx anything. Guaranteed Outcome: ????