Share All sharing options for: Back-to-Back Preview: Celtics and Grizzlies

This sucks having to wait. Lakers-Celtics is on the schedule, and I want it now. I want to pace in my living room, scream at the TV and crack wise about Paul Pierce's wheelchair. I want to read Bill Simmons's anguished Tweets if, as and when the Celtics lose. I hunger for the near-clinical madness this game always brings.

I get that these aren't the Celts of June 2008. They're hurt, they're old, they've lost 10 games since Christmas. Never mind all that. They're still the team, and the city and the fans, we despise. And now they've got Rasheed Wallace to achieve the improbable feat of making them even more unlikeable. Just thinking about all this sends me in search of something to head-butt.

Tomorrow's going to be great. I hope. I think. Win or lose, however, there won't be much time to process it, as the Lakers hop a plane straight away to face the playoffy looking Memphis Grizzlies on Monday night. It's the final leg of the January Death March, and if you're not fired up for this double dip, you're so hanging out on the wrong website.

Quite deliciously, Celticland is in a spot of dishevelment right now. Boston's been a 0.500 team for about the last six weeks after starting the year 20-4. Kevin Garnett got hurt, missed 10 games and has looked pretty crap since his return. Rumors abound of locker-room strife between the youngsters (Rajon Rondo, Kendrick Perkins) and their odious elder teammates (KG, Pierce, Allen). Simmons has taken to comparing the Sheed signing to NBC's decision to move Jay Leno to 10:00 p.m.

It would seem the Lakers are visiting Boston at about the right time. Kobe Bryant and Ron Artest look healthier than they've been in a while. Andrew Bynum and Pau Gasol have dispelled doubts over whether they could operate side-by-side. The Laker bench is finding itself as Phil Jackson shrinks down the rotation. I haven't seen a Vegas point spread for this game yet, but I expect it to be an even money toss-up or something very close to it.

What gives me pause is how the Lakers have stepped in a puddle of fail pretty much whenever they've gone up against a top team on the road. They have under their belts only one signature road win, in Dallas. In Cleveland they came up just short. In Denver, Utah and San Antonio they face-planted. Their track record in games like this doesn't inspire unqualified confidence.

Matchup-wise, it really doesn't get much juicier. We know that Ron Artest will be on Pierce. This is why he was imported to L.A., and if his lock-down of Andre Iguodala on Friday night is a reliable leading indicator, he should be up for it. Ron says the plantar fasciitis that's been slowing him down is much improved. Let's hope so. 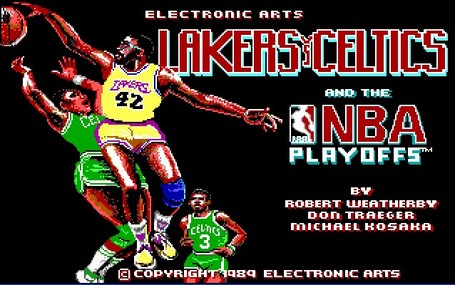 Kobe presumably will be assigned to Rondo, whom Derek Fisher has no hope of impeding. In the 2008 Finals Kobe roamed a great deal, which he'll probably be tempted to do again. Rondo's a hell of a player but still not much of an outside threat. He also doesn't have the size to bother Kobe on D, so expect some cross-matching.

More than anything, tomorrow's game will be read as a referendum on the Laker big men. The Celtics have seen very little of Andrew Bynum. Because of injury Drew missed both the 2008 Finals and the second of the Lakers' games against Boston in the 2008-09 season. He'll do battle with Perkins, who's shorter but is adept at forcing opponents away from the basket. Drew can't shrink from the challenge.

And of course, there's Gasol. How Laker fans view Pau tends to swing wildly based on his play against the Celts. In June 2008 the world decided he's "soft." After Christmas Day 2008, when he came through dramatically in the clutch in a Laker W, he appeared to leave that epithet behind him. Now it's back, thanks to the Cleveland debacle. I don't endorse this line of interpretation, but it's inevitable. If he gets beaten up by Garnett, questions about his toughness, however tiresome, will dog him.

What I most want to see the Lakers do tomorrow is run. They play at a much faster pace than do the Celtics, and they're healthier. Make Perkins and Sheed haul their asses up and down the court. Make KG work that bum knee. Attack the rim before Boston's halfcourt D gets dug in.

With his next win, Phil Jackson will tie Pat Riley the most career victories as Laker coach. No time like the present, Phil! Riles, get thee behind him.

Catching Up With the Grizzlies

The Grizz visited the Staples back on November 6th and got completely barbecued. Kobe, in Hakeem Mode at the time while Pau was in recovery, incinerated OJ Mayo en route to 41 points. That loss dropped Memphis to 1-5 and was the last game that Allen Iverson would play for the team.

(Wouldn't it be great if Iverson went into the Hall of Fame as a Grizzly?)

The Grizz Show proceeded to lose three more consecutively, at which point their season pivoted. Their defense improved from horrendous to not, Zach Randolph became an All-Star, and the team racked up signature W's over Orlando, Utah, San Antonio and even the Cavs. They've got the 8th spot in the West, for now, and a sexy home record of 17-5. 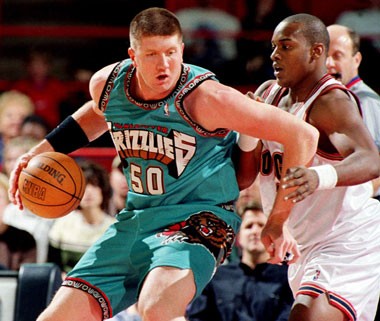 The Lakers' stamina will be straight up tested in this one. They'll be worn down from the war in Boston. Their minds will be turning to thoughts of home. Chasing Rudy Gay around and boxing out Marc Gasol might not be their idea of a great time. We could be in for a mail-in game. It happens.

For all their strides, though, the Grizzlies still have the look of a first-round playoff out. In other words, the type of team the Lakers don't have much trouble brushing aside when they're healthy and motivated. I wouldn't call it likely, but a sweep of this back-to-back isn't absurd to imagine. I'm sure that would do much to quell the various anxieties Laker fans have felt this month.

So make sure you get some rest today. Run those errands, feed the pet, talk to your loved ones for however long politeness obliges. Get all that shit out of the way.

Sunday and Monday will be rocking and demand your full attention.