The news was leaked earlier today, but it's now offishe. Pau Gasol is headed to Dallas as an All-Star reserve. SS&R contacted Chris Kaman for comment but instead of letting him speak, we just yelled "Suck it, loser!" into the phone and hung up on him. Burn!

So, good for Pau. I hope he has fun in Dallas. But if he retweaks his hamstrings in the All-Star Game, I swear I will... well. I'll be upset about it.

Oh, and Andrew Bynum isn't an All-Star, but that shouldn't surprise anyone. He has many ASGs ahead of him, no doubt.

In sartorial news today, Counterkicks has some sweet pics of Nike's new Air Jordan VI Retro "Lakers" edition. It's part of a series that nods to the franchises MJ defeated en route to his six rings. I've included one of the photos after the jump. Head on over to Counterkicks for the full portfolio. 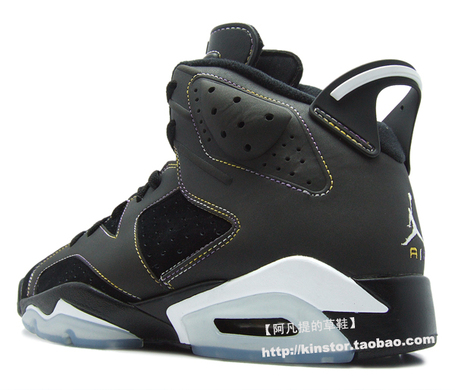