Dining on Empty Calories: The Wizards and Pacers

Share All sharing options for: Dining on Empty Calories: The Wizards and Pacers

All you really need to know about the Lakers' next two opponents is that they blow. The Washington Wizards and Indiana Pacers are both conclusively lottery-bound. They're both among the half-dozen worst NBA teams, and many of their players have more or less quit on the season. As road back-to-backs go, this is as check-the-box easy as it gets.

Easy doesn't mean automatic, of course. The Wizards have some shooters who could get hot and a legit defensive center in Brendon Haywood. The Pacers play really, really fast, which mightn't be what the Lakers are in the mood for after flying in from D.C. And as losers of six out of their last eight on the road, the Lakers probably should think about showing up.

Anything, as they say, can happen. The Cavs are showing no signs of slowing down and may be on the verge of upgrading via the trade market. To keep pace for home-court advantage in the Finals, L.A. needs to gobble up these easy ones.

At some point in the offseason, people who get paid to think about these things thought the Wizards might be, if not a title contender, at least a possible four-seed in the East. This is not coming to pass. They started out pretty crap, and a disappointing season became a crushing embarrassment when Gilbert Arenas and former Laker Javaris Crittenton did the thing with the guns. Those two gentleman won't be at seen tonight.

What the Lakers will see instead is a bad team that leans heavily on Caron Butler and Antawn Jamison. Jamison is far and away Washington's best player (and could soon be a Cav). He has a strong inside-outside game that can give you fits. Lamar Odom gets paid seven milly to guard guys like this and has to make sure Jamison doesn't run wild. Butler, also a former Laker (sniff), has had a terrible year. It wouldn't surprise me to see him get traded to a contender and snap out of his funk.

I'll be focusing tonight on the battle joined inside. Haywood is a quality big man. He's not Andrew Bynum good, but his size is legit and he's got good defensive technique. No flipping the ball over the Knick and Raptor softies. Drew, and Pau Gasol when that matchup presents itself, will have to work for their suppers. 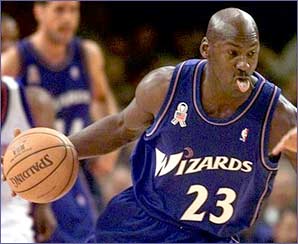 The Wizard guard rotation trends toward the fug. Starting at the point, Randy Foye is an embodiment of hoops averageness. Getting the start lately opposite Foye, for reasons I can't begin to guess and am too lazy to research, has been the execrable DeShawn Stevenson. DeShawn has been as bad as any player in the league. The parade of mediocrity continues when the reserves take the floor, as Nick Young, Mike Miller and Earl Boykins are all players who haven't beaten out DeShawn Stevenson for a starting job.

The Wiz have lost three in a row, including a 14-point home loss to the Clippers. The Lakers are still a touch banged up - Ron Artest might miss the game because of the flu or something like it - but still possess overwhelming advantages. They need to own this one early so the key rotation guys can get some rest.

Wednesday night indeed could be a test of endurance. After traveling overnight from D.C. to (shudder) Indianapolis, the Lakers will face the most up-and-down team in the league. The Pacers aren't any good, mind you, but they do make you run. If possessions were a drug, they'd sell ‘em by the gram.

If chief scoring officer Danny Granger isn't among the NBA's elite swingman, he's just one notch down. Guarding him is a job that calls out for Artest. I'm guessing Ron will be back for tomorrow's game at the latest, and Granger (as well as Andre Iguodala on Friday) is decent enough prep for the Paul Pierce duty that awaits this weekend. After Granger the Pacers' best offensive options are big boys Troy Murphy and Roy Hibbert. Making good steps in his second season in the league, Hibbert's looking like he can play a little. Weirdly, he's almost a full year older than Bynum himself. The main frontcourt reserved is overpaid Duke product Mike Dunleavy, Jr.

The Pacers' starting backcourt is the NBA's worstest. Earl Watson and Brandon Rush would be deep reserves on any really good team. On this one, they get to start and run up humiliating plus-minus stats. The only interesting thing I can think to say about this pair is that Watson played with Brandon's brother JaRon at UCLA. Joel Meyers loves to mention the Bruin ties of opposing players, but I'll be shocked if he pulls this one out. 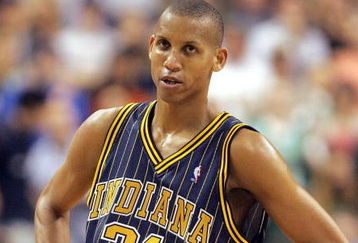 Off the bench we'll get to watch old friend Dahntay Jones, last seen not shutting down Kobe Bryant down in the Western Conference Finals. Of more intrigue is rookie AJ Price, who's been getting bigger and minutes and looking just fine in them. Price, too, is older than Bynum. Honestly I'm not sure how that's possible, but it's true. Did the Lakers draft drew when he was 14?

If you're wondering about TJ Ford, yes, he is in fact still a Pacer. He's been benched, Nate Robinson-style, and is being shopped around the league. Also it's weird that you just sit around wondering about TJ Ford. Another guy we might not see tomorrow is Tyler Hansbrough, who's been missing games with an ear infection. Yick.

Indiana has only 16 wins, and three have been against the Nets. The Lakers should incinerate them. The challenge for L.A. will be having enough juice left to keep up with the Pacers'... well, pace. If the Lakers are gassed from the D.C. Experience, they could find themselves in a game.

Bottom line: anything but a sweep of this back-to-back will be totes annoying.

Numbers are courtesy of Basketball Reference and HoopData.