Share All sharing options for: Five Awesome Reasons to Watch the Lakers Tonight

Hoo boy. This could get nasty tonight. It's step two of the Texas Two-Step, and let's face it. The Los Angeles Lakers are in no shape to be doing this. Last night C.A. ticked through the Lakers' list of injuries and ailments. I've honestly lost track of which player can't use which limb. Suffice it to say, every Laker could be declared legally dead in at least one jurisdiction.

On the road against a rested Dallas Mavericks squad, we're quite likely facing another loss. I'm not trying to bring anyone down. Just keeping it "real," as we say here on the streets in between impromptu rap battles.

But don't think the Lakers' meager prospects get you off the hook for watching tonight. To get you fired up, in fact, I've assembled a checklist of reasons you should be FIRED THE HELL UP to watch. Even if another jumbo-size L is in the cards, here's why this contest is worth your couch time.

1. Kobe Bryant won't forgive you if you don't. The man's body is falling apart on him, and he's still going into battle. What excuse do you have? I'm really not sure he should be on the court at this point - if the Lakers are going to lose anyway, as they probably will, why not lose with Kobe getting some rest? - but I don't have a vote. He's playing, so we should watch. The French call it esprit de corps.

2. Ron Artest and Mark Cuban could get into a fight. I'm not saying I want this to happen. As a wimpy nerd with little girly arms, I denounce physical violence in all its forms. But if it did happen, don't you want to say you were watching? You know Cubes will be in heckling mode, especially if the Mavs build a big lead. Ron's impulse control seems good these days, but what if the Inner Beast comes out? Please don't let that happen, Ron. A long suspension would be undesirable.

3. You can do situps while you're watching. Situps are a great exercise. They burn calories and work those all-important core muscles. Better still, they can be done from the comfort of your living room or mom's basement while you watch tonight's contest. You could even make a game of it. Every time Derek Fisher gets erased on a pick-and-roll or Kobe goes to the locker room with a new injury, hit the floor for a set of 20. Beach season is only five months away. 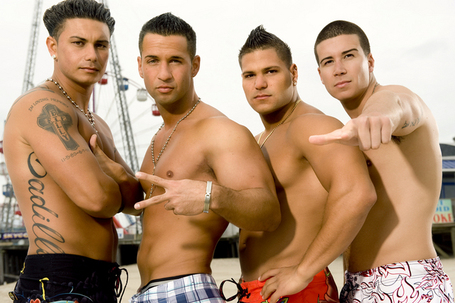 4. American Idol won't get good for another month. Ha! Total lie, of course. Idol will never get good. But if you don't seize on Lakers-Mavs as a bulletproof excuse, your spouse/roommate/mom might commandeer the remote and make you watch it. Obviously you'd never be able to show your face around here again. Establish your viewing priorities early on this evening, and remain steadfast in the face of all challenges.

5. You get to see Magic Johnson's commercial for San Manuel Indian Bingo and Casino. Shit, sorry - wrong list. That's from my Five Awesome Reasons to Disconnect Your Cable and Take Up Civil War Reenacting. Let's try this again.

5. You only have to see Magic Johnson's commercial for San Manuel Indian Bingo and Casino once. One 30-second slot per night seems to be all San Manuel can afford, and for that I'm immensely grateful. I mean, I do realize that every Thursday night is showtime at San Manuel, and I agree with Magic that people need to know about this. I don't think anyone's here to argue those points. I'm just not sure how well I'd react to hearing multiple renditions of that "Take me awaaaayyy..." song. It's starting to take up residence in my cortex, without my consent.

Sold? Of course you are. See you tonight! 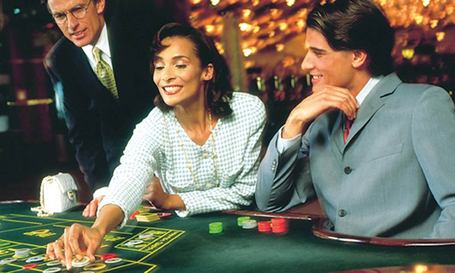