And the next coach of Your Los Angeles Lakers is...

Share All sharing options for: And the next coach of Your Los Angeles Lakers is... 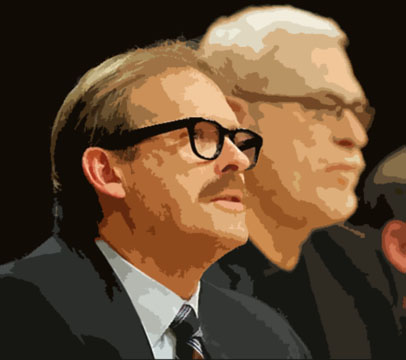 So I was lounging around last night just ahead of the big crash, listening to the Aug. 12 edition of the Kamenetzky Brothers' Lakers Podcast on my laptop. Andy and Brian are usually good for an interesting idea or two and once again they did not disappoint.

They explained to my satisfaction why Kurt "If You Call Me Clark Again, I'll Break Your Face" Rambis surprisingly resigned his commission as First Mate on the good ship La-La Pop and made off for the Land of 10,000 Lakes and 10 Green Point Guards to take the gig as Head Coach of the Minnesota Timberwolves.

(Lucky that I don't have to pay Josh a fine for unnecessary capitalization...)

I  have a hunch that people might want to scoff at The Brothers K or laud their astute observations, so a-typing I will go.

For those of you who missed the show (and who remain too lazy or challenged for time to click the link above), here's a little transcript of the money section.

The Ks set up the segment by playing a little snippet of a phone interview that Jeannie Buss did with the Mason & Ireland show of their own 710-AM ESPN Radio on Aug. 11:

Jeannie Buss: Phil is feeling healthy and maybe this [Rambis leaving] is an opportunity for Phil to continue to stay with the Lakers, as he's only under contract for next season. But given the success the team has had, I'm hoping that maybe now that Kurt has moved on, that Phil doesn't feel the need to step down so that his protegé has a chance. So maybe this all worked out for the best for everybody.

Brian Kamenetzky: To the point that Jeannie Buss was making: Phi is feeling good — she's around, she would know — she sees Phil moving around. I've read somewhere that I believe he's even getting back on his motorcycle, driving the motorcycle a little bit...

Andy Kamenetzky: I actually saw him in the X-Games, doing motorcycle stuff. It was pretty awesome! I was like "PHIL, YOUR HIP!!! PHIL, YOUR HIP!!!" but then he did the double back... * * * 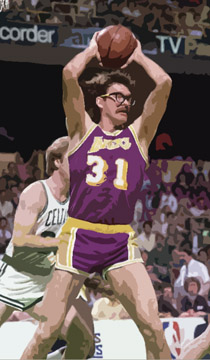 Brian: ... Jeannie says he's feeling better and might be able to [coach] a little longer. Kurt Rambis' leaving could allow Phil Jackson to stay beyond this year, maybe beyond next year. I had him pegged for 2 years. Maybe, if his health holds out, it's 3 — maybe it's 4...

Andy: In the pool, in the office pool?

Andy: I have him on a "game-to-game" basis. He's just going to hold a press conference after every game...

Andy: That's interesting though because the way Jeannie presents it, it sounds like that as much as there were issues with his legs, having to see doctors, that he may have felt that the situation wasn't fair to Kurt.

Brian: That is certainly what she implies. It's a strong implication. Kurt also said in that press conference Tuesday in Minnesota that nobody ever promised him anything. He understood he was a "strong candidate" for the [Lakers coaching] job, I believe he put it, "Equal to some, stronger than most" — I believe is how he said it, give or take. So, yeah, maybe Phil felt some obligation, even though he was not promised the job.

Andy: He wants it so Kurt Rambis' kids can eventually give him a hat with a 10 on it.

Andy: And Kurt's never going to be able to get that hat as long as he's behind Phil.

Brian: That's true. Rambis could have gotten that job. Now all eyes, in terms of internal replacements, go to Brian Shaw. * * *

Andy: I know to both of us he has always felt like the guy that was next in line, even with Kurt there.

Andy: I always got this sense, in part I think it's because we spent a little bit of time around the team when Shaw was a player. You could always sense the way the organization really respected him and you could see them envisioning more plans for him. He relates very well to other players. He's a great people person, he's a guy that can manage to have relationships with everybody without compromising them. He managed to be very tight with Shaq and Kobe. And in particular he and Kobe have a very good relationship. 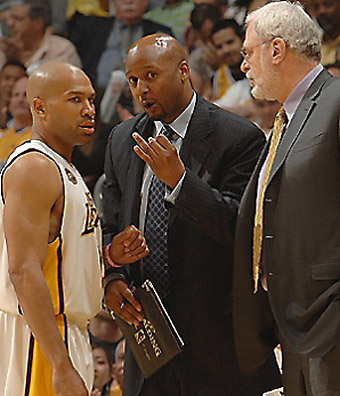 Brian: Right, I think that's the big thing  is that he has — not that Kobe doesn't respect Kurt Rambis — but Brian Shaw has the respect of Kobe and can also be critical of him.

Andy: Right. Also as time goes on — and Phil coaching another couple years could actually work well in Shaw's benefit — the more time there is where Shaw both gains experience but also gains distance between his playing days and coaching, so really you lose all sight of "Brian Shaw my ex-teammate,"... that helps. Because that perception matters.

Brian: Right. I would think the only thing at this point in terms of internal candidates that would keep Brian Shaw from potentially getting the job is if Phil coaches for so long that other teams start wanting to pick up Brian Shaw and he takes a job earlier than that. It's just hard to picture anybody coming from outside the organization right now. There's not a name out there that I can think of. Popovich, but he's not coming.

Andy: The only name that ever comes up is the one name that keeps insisting he'll never do it is Coach K [Mike Krzyzewski], because everyone knows he and Kobe are tight.

Andy: I don't think they're going to bring Byron Scott in.

Andy: I totally agree. * * * Shaw will know the personnel better, he'll know how guys interact with each other more, he'll have established relationships... I think he makes much more sense than Scott.

Brian: Sure, I agree.