Forum Blue And Gold " The Gift and the Curse
There are so many variables to the Lakers’ acquisition of Ron Artest that my head is spinning. I am excited and terrified at the same time. The only comparison I can make is being at the top of a climb on a roller coaster and we are about to start the dashing descent that is both exhilarating and fear inducing at the same time. As Kurt said so simply (and yet aptly) Ron Artest will be a Laker. Six simple words and suddenly a swell of thoughts, emotions, gut reactions, and rationalizations hit these boards and media outlets all at once.

Ron Artest Talking to His Agent, on Video - TrueHoop By Henry Abbott - ESPN
People get all fired up about athletes tweeting, but most of the time it doesn't seem like that massive a step to me. This however ... wow. This one feels like we're getting close to a point where one day there might not be any secrets at all. This is video Ron Artest posted. It eventually gets into the conversation Artest had last week when his agent, David Bauman, told him that Mitch Kupchak was interested in Ron's services.

Basketball-Reference.com Blog " Blog Archive " Will Artest Love L.A.? And Will They Love Him Back?
The main potential problem I can see is the chemistry issue, just in terms of having to divvy up a small % of possessions among a group of players who are used to seeing more.

Gasol to Play for Spain - Lakers.com BasketBlog
According to the Associated Press, Lakers big man Pau Gasol will represent his home country of Spain in this summer’s European Basketball Championship.

Gasol is statuesque in Spain - Lakers blog - OCRegister.com
Pau Gasol will play for Spain in the European Basketball Championship this September He better. Especially since the country is putting up a statue of him in his hometown of Sant Boi de Llobregat. 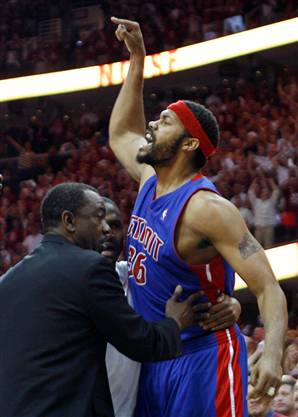