Some links to hold you over until game time.

If you are a fan of Kobe, you must read the pdf linked to the High School newspaper column (hat tip L.A. Times Lakers blog). Great stuff.

Before They Played for Pay, Kobe Bryant 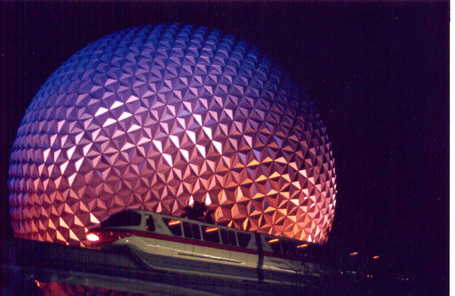 The Memphis Commercial-Appeal is running an interesting story today, saying that the Houston Rockets and Boston Celtics have each contacted the Memphis Grizzlies to discuss what it would take to land the #2 overall pick.

Can the Magic Make This a Series? | NBC Los Angeles

1. Are we going to have a series? Only if the Magic can find a way to win a game, and that game has to be tonight. The Magic seem to be missing a sense of desperation in this series. If they're missing it Tuesday, then something's very wrong.

Memo To All Laker Haters: You Need Us | Lake Show Life | A Los Angeles Lakers Blog

Sports of The Times - If Gasol Gets an N.B.A. Ring, the ‘Soft’ Label Will Disappear - NYTimes.com

Asked about the label after Sunday’s game, Gasol said: "Because a guy has a set of skills and is more of a finesse player, then he is labeled as a soft player, more likely. I’m a competitor and I am a winner. I’ve competed for my whole career, and nobody has given me anything. I had to earn everything I got, and I’m proud to be where I am today." That may be, but even Gasol’s teammates in Los Angeles conceded that when he played for the Memphis Grizzlies in the first six and a half seasons of his career, teams made a point to play physically against him. Fisher recalled that the Lakers’ plan was to attack Gasol. "The game plan called for players to be really physical with him because we didn’t think he liked physical play," Fisher said.

"I don't spend any time really thinking about Adam. I don't lay up at night, 'I wonder what Adam Morrison is doing?''' Redick said. "I don't really care. He's a friend. I'm more worried about what I'm doing, what this team is doing.''

NBA Insider: Deal with it: Kobe Bryant is one of the greatest ever 2009 NBA Playoffs | Schedules, news, scores, standings and more – OregonLive.com

People don't seem to question O'Neal's legacy, but how many championships would O'Neal have won if Bryant weren't his teammate in Los Angeles? Probably zero. O'Neal's title with Miami in 2006 gives him one more championship than Bryant, but Dwyane Wade averaged 35 points a game and was named most valuable player of the series.

Representatives of Reebok, with whom Gortat inexplicably has a cheap shoe contract with, were apparently not happy to see a recent photo of him in a Polish newspaper that prominently displayed his Michael Jordan logo tattoo on his lower right leg.

Re. the reason I’m here, I’ve been on record as saying Lakers in 6, and while the Magic could/should have won Game 2, I don’t think they will be mentally defeated to the point of giving up on series. I think they win tonight and Game 4 or 5 as well, and I’ll stick with Lakers in 6. Should you guys listen to me? Who knows? I’ve certainly been wrong about the Magic all Playoffs…