This Is How We Roll (The SS&R Behavioral Manifesto)

Share All sharing options for: This Is How We Roll (The SS&R Behavioral Manifesto) 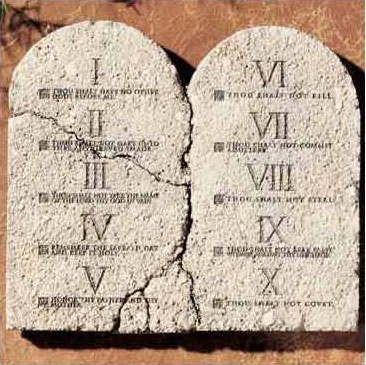 With a new playoff series approaching, and with it a new group of rival fans, what better time than now to lay out our site rules.  Take a gander, and then head over to The Dream Shake, SB Nation's Rockets blog, and read through their blog guidelines for the upcoming series. We'd like to ask that you respect their rules and guidelines, as well.

When Josh started Silver Screen and Roll, he laid out his intentions to make this the best Lakers blog on the internets. We’re off to a great start, but it became clear very quickly that we need to lay out some ground rules in order to achieve our ambitious aims.

As Laker fans, we have been blessed with the honor of rooting for one of the greatest franchises in sports, if not the greatest. Much of their greatness relates to their ability to be so consistently good over the course of history, but it also speaks to the class and integrity with which the organization is run. So, what better model to build our site around than that of the team that we love so much. In short, Class and Integrity are the key concepts behind this doctrine.

These are the absolute rules we live by. These rules and their consequences are non-negotiable. Break them and you get a warning (unless you're really that far over the line, in which case you'll be insta-banned). Break them again, and you will be at least temporary removed from the site. With one exception, these rules apply to all site patrons, Lakers fan or otherwise.

Thou shalt not be racist, bigoted, or otherwise ignorant
This should go without saying. Racism has no place anywhere near intelligent conversation, but we’re also including other types of ignorant insults under this umbrella. Specifically, no comments using sexual orientation as an insult. If you can’t find any other way to make your point then to call something "gay" or someone a "fag" or racial slur, find another place to display your ignorance to the world.

Thou shalt not use personal attacks
Here at SS&R, we want lively debate. We want people to go at each other’s pre-ordained notions on the world and the game of basketball and try to change minds. We want back and forth arguments, point and counter-point. However, your counter-point should never amount to "you’re wrong because you’re stupid" or anything like it, no matter how sophisticatedly you phrase it. Learn what an Ad Hominem fallacy is, and then note that it is not allowed here. If you can't refute someone's point without trying to attack their credibility, keep your mouth shut. (This includes statements like, "You only say that because you're a [insert team here] fan!")

Thou shalt not flame
This goes hand in hand with the personal attacks. The term "flame war" is pretty loosely defined, but if you’ve stopped using logic, reason, and evidence to try and win an argument, you should probably just stop arguing.

Thou shalt not swear excessively
Everyone likes/needs to swear every now and then, but in the immortal words of this guy, "Always in moderation." Nobody’s going to jump down your throat for a WTF, or even a "F--- that" due to a bad call, but if you can’t write a sentence without a swear word in it, you need to spend some time practicing originality and creativity. Pull out a dictionary and try adding to your vocabulary.

Thou shalt not troll
Unlike the rest of these rules, this only applies to other teams' fans. We very much want intelligent, polite, respectful fans from other teams to come join our intelligent, polite, respectful fan base for some spirited debate, witty banter, and light-hearted "shit talking." If you want to come in and talk negatively about the Lakers, fine. But be ready to back your shit up with evidence. If you come in here just trying to stir up trouble, making comments to try to bait or incite, or making generally ridiculous statements along the lines of "Kobe’s worthless," you will be ignored. If you keep it up for no reason, you will be made to leave.

Thou shalt respect the wishes of the admins and moderators
This is more of a catch-all than an actual rule, because it would be impossible to list out every type of negative scenario we wish to avoid. Sufficed to say, if one of our fine authors or moderators ask you to do something, like say drop an argument that’s going nowhere, or stay away from using a certain phrase, just do it.

Thou shalt be respectful to all
We want SS&R to be a positive place for fans of all teams to come and enjoy, so please do not blast anybody just because they don’t happen to root for the same team you do. Treat everyone who visits the site as a worthwhile person, be they rival or friend, until they prove themselves otherwise. Then it's on them — you have to give respect to get respect. (Though even then, we still encourage taking the high road.)

Thou shalt call teams by their actual names
OK, so this is not a serious offense, and the likelihood of it getting you banned is very small. But seriously, is anybody’s world improved by consistently referring to the Lakers as Fakers or L*kers? How about referring to the Kings as the Queens? Most of the time, those names are just completely unoriginal drivel. I’m sure we could all think of some mildly amusing/annoying name for each team, but how about we just stick to the names they’ve got. Cool?

Thou shalt remember the golden rule
How do you like it when fans of other teams come to your team's blog and start acting like assholes? We're guessing you're not too thrilled by it. Then keep that in mind, and "do unto others as you would have them do unto you." It's quite simple, really. If we just treat fans of other teams the same way we want them to treat us, there will never be any problems.

Thou shalt observe these commandments when traveling abroad
This pertains only to the Lakers fans who enjoy this site. If you decide to go to another team’s blog, follow the mantra we have here. If you aren’t respected or treated well at a rival blog, take the high road, and either take it like a man, or leave. But if you go to another site and stoop to their level, or even worse, are exactly the type of person we don’t want here, that just makes you a hypocrite. So when you travel, travel as if you represent our whole Lakers nation, and make us proud. Give SS&R a reputation to be envied among other blogs.

Right, them’s the rules and if you don’t like it, you probably won’t like us very much.

On top of these rules, we also have a set of guidelines. In keeping with the Hollywood theme of this blog, we'll call these guidelines "The Pirate's Code." These don’t necessarily have to be followed at all times, but further speak to exactly what type of atmosphere we want here at SS&R.

Know the difference between an opinion and a fact
No matter how much you might believe it, and how many people agree with you about it, an opinion is still an opinion. Many opinions cannot be proven (for example, any "who is better?" argument in the world of sports). Therefore, if someone doesn’t agree with your opinion, that’s okay. It doesn’t make them stupid, uneducated, or even wrong. When it comes down to it, there really isn’t any such thing as a wrong opinion, just a poorly reasoned one.

Know when to quit
Especially when it comes to some of the more passionate arguments out there (i.e., anything Kobe-related), you have to know when to throw in the towel and agree to disagree. Here's how you know if it's that time: If you are simply repeating arguments you’ve already stated, or even worse aren’t providing any evidence for your position at all anymore, it’s time to move on.

Be prepared to back your shit up
Don’t make a statement that you can’t attempt to prove with facts. I know that we don’t all have the time to break out statistics to prove everything we say, and there are plenty of opinions that might go unchallenged and don’t need to have evidence provided. But if someone challenges the validity of your opinion, be ready to show them why you have it.

Keep it positive
This is almost important enough to have its own commandment. You don’t need to resort to negativity against someone else’s team/players/whatever in order to promote your own viewpoint. Just because I think Kobe is the best player in the league, doesn’t mean I can’t appreciate how incredible LeBron is, or how wonderful to watch D-Wade is. Kobe’s greatness doesn’t diminish theirs, and you shouldn’t try to use negativity as a point unless it really is valid.

Act as if this site isn’t anonymous
One of the main problems with the internet and its communities is that people can act the fool without consequence. If you were to walk into a Boston sports bar and start talking shit about the Celtics, you might get your ass beat, but on the internet, all they can do is ban you from the site. So, act on the site as you would in real life. (If you're actually a confrontational jerk in real life, then ignore that, and just try to be cool here.)

Try to be objective
Homerism isn’t going to get you banned, but we would like to think that Lakers fans are some of the best and brightest in the world. That means we know the Lakers won’t win every game and shouldn’t be expected to. It means we know that Ariza isn’t going to be the next Pippen, and Bynum is not the next Chamberlain. So, try to make sure that you aren’t seeing the world with those purple and gold colored glasses. And non-Lakers fans — since we're making the effort, it'd be great if you'd take off those team-colored glasses as well, and try and join us.

Finally, Be Excellent to each other
We all want this site to be the best there is, and the way to do that is to avoid all the crap that bogs down most of the web. The single best way to do this is for everybody to treat everyone else well, with respect.

That’s all the guidance we can provide. If we all adhere to the rules and guidelines mentioned, we should have a really great atmosphere that will be an awesome place for Lakers fans and rivals to congregate and shoot the proverbial shit. That said, these are just the opinions of your fearless leaders. What do you think? This is your site as much as ours, so if you disagree with any of these tenets, state your case and we’ll figure it out as a community.