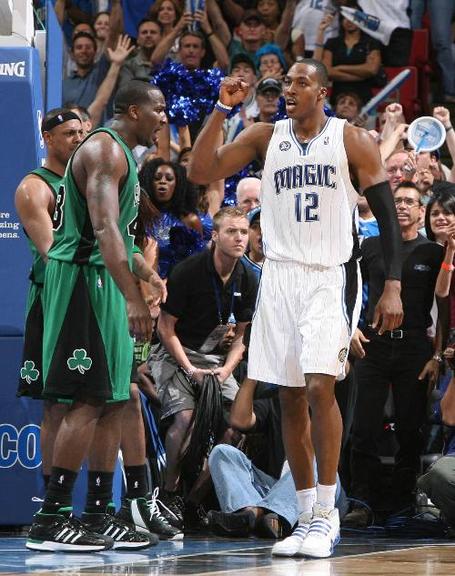 So it's two rounds down, two to go for the Lakers.  Of course, 3 other teams are saying the exact same thing, while for 4 others the ride is over.  Let's take a look back at how that came to be, and then I will offer up my predictions (which have been surprising solid.  I got all of the winners from this round correct, and even predicted two of the game counts correctly).

Cleveland (1) def. Atlanta (4) 4-0:  Cleveland swept for the second straight series, but to be honest this series finished so long ago and was so lopsided that i have already forgotten what happened.  A quick check of ESPN reveals that the Hawks, coming off one of their best seasons in years, never really stood a chance.  LeBron James went off for 47 points in Game 3, and the Cavs have now won all 8 of their playoff games by double digits.  They are certainly the hottest team in the league right now, but Orlando should present a much tougher test then they have faced thus far, as the East was really a three team conference.  They also hope that there is no rust after 9 days off.  Next up: Orlando (3)

Orlando (3) def. Boston (2) 4-3:  Ding-dong, the C's are dead.  It took a nail-biting seven games, but this is the news that every Lakers fan has been itching to hear since June 17, 2008.  To the Celtics' credit, they put up a very good fight in the absence of Kevin Garnett and Leon Powe, but in the end Superman was just too much.  After the Magic blew a big lead in the fourth quarter of Game 5 to go down 3-2, Howard stirred up some drama by calling out his coach after the game.  That could have ended their season right there, but Howard responded in Game 6 with a huge 22 point and 23 rebound night.  Orlando is a very dangerous team when they are hitting their 3s, so the Cavs better watch out.  Next up: Cleveland (1)

Denver (2) def. Dallas (6) 4-1:  This series was marked by news off of the court, not by the play on it.  The Nuggets breezed past the Mavs, but could not pull off the sweep as Dallas barely took Game 4.  Of course, Game 3 might have ended differently if the officials had been paying attention, but that is water under the bridge at this point.  Unfortunately, what this series will be remembered for is Mark Cuban insulting Kenyon Martin's mother and calling the Nuggets a bunch of thugs.  Fortunately the Nuggets took the high road, and thus advanced to their first conference finals since 1985.  Up next: Los Angeles (1)