Time to Stop Underselling the Jazz

Share All sharing options for: Time to Stop Underselling the Jazz

It would be an understatement to say that the Utah Jazz did not finish the regular season well. Going into the Playoffs, none expected Utah to have any hope in a series with Los Angeles, many considered them a fairly easy opponent, and quite a few actually thought them to be LA's easiest possible matchup.

Prior to the start of the series, Laker fans were looking for their team to come out strong and absolutely crush the Jazz, thinking that a couple of strong wins would absolutely destroy the Jazz, and that they would cave in mentally.

After two tougher-than-expected wins in Los Angeles and a disappointing 2-point Game 3 loss in Utah, perhaps it's time to stop talking about this team as though it is a mentally fragile, competitively laughable, sorry excuse for a playoff team — and start recognizing them for what they are: A tough team that, prior to a late-season slump, was on pace for 53 wins (despite a huge rash of injuries throughout the season) and was once considered a championship contender.

In short, this Jazz team is not last year's Denver Nuggets, and it's time we stop thinking of them that way.

Throughout the regular season, I tend to take an attitude similar to Kobe's toward Laker losses (though certainly much less intense) — I hate it. Every single one of the Lakers' 17 regular season losses put me in a sour mood for the rest of the night. (During basketball season, my wife is a saint for putting up with me. Good thing for her the Lakers were so good this year!)

Last night was different. Last night I felt okay. I wasn't in a bad mood at all, and I wasn't that disappointed by the loss. It took me a while to figure out why that was — especially since the close ones, that come down to buzzer beaters won by the other team, are usually the toughest. How could I be so frustrated and upset by a 10-point win in Game 2, but seemingly unbothered by a should-be heart-wrenching loss in Game 3?

Even more puzzling: How could Kobe say in a post-game interview last night that he thought they played pretty well, giving themselves an opportunity to win it down the stretch? Was he kidding? They played terribly!

After pondering these questions for a while, I realized the answer to them both: Sometime between the end of Game 2 and the end of Game 3, I had a reality check and adjusted my expectations.

In the first couple games of the series, most of us have been acting as though it should be a cakewalk. It's true that the Lakers have shown less than one hundred percent effort, but at the same time, we seem to have been disappointed by beating Utah by "only" 13 and ten points, respectively, in the first two games. But the fact is that the Jazz are actually quite good.

After all, what do you consider to be more significant, as an indicator of the quality of this Jazz team: the 11 losses in their last 18 games of the season (nine in the last 11), or the 41 wins in the 64 games prior to that? Personally, I think a 64-game sample speaks much more loudly than an 18-game slump.

Then, consider that this Jazz team was on pace for 53 wins — just four fewer than the Lakers' total last year — despite a combined 74 games missed by Carlos Boozer (only 37 games played), Deron Williams, Mehmet Okur (still out), and Andrei Kirilenko.

Now, consider that three of those four players are back, with Okur day-to-day, and it shouldn't be that surprising to us that the Jazz team that we've seen in the first three games of the playoffs is the one that won 41 of its first 64 games, rather than the one that lost nine of its last 11.

Are they as talented as the Lakers? Not by a long shot. As was mentioned in last night's GameThread, the Lakers have too play poorly to keep things close, whereas the Jazz have to play well to do the same. Are they expected to beat the Lakers? There is literally no chance of that.

But it's time to stop thinking of these Jazz as though they're the Detroit Pistons, squeaking into the playoffs with a sub-.500 record in a weaker conference and playing as though they already expect to lose. And it's time to stop expecting them to self-destruct and implode at the slightest hint of adversity, like last year's Nuggets.

This is, after all, a Jerry Sloan team. They are tough, they are strong, and when they're healthy, they're a very good team. The Lakers will win this series, but it's time we wake up and stop expecting 40-point blowouts.

Kobe Bryant has said more than once in the last couple of days that the Utah Jazz are a very good, tough team. Last night, by expressing relative satisfaction with the Lakers' performance, he reinforced the notion that he considers the Jazz to be a good team, and doesn't expect to simply waltz in and blow them away. To Kobe, a win is a win, hard fought, closely contested games are to be expected, and a Jazz win in Utah shouldn't come as a surprise.

As Gils_Keloids said a few days ago: 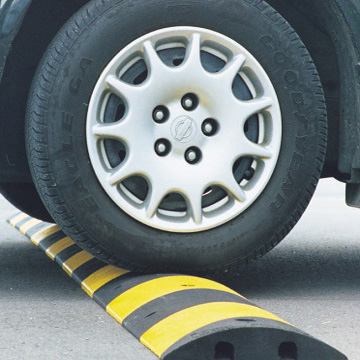 Perhaps it's time Lakers fans also stop thinking of the Jazz like that, and recognize that a win is a win, hard fought, closely contested games are to be expected, and a Jazz win in Utah shouldn't come as a surprise.