The Los Angeles Lakers aren't the only team that hasn't been getting out of the house much. The Utah Jazz have played seven of their last eight at home. They've won six of those eight to get well after a 4-6 start to the season, but the competition has been squishy: Utah's eight most recent opponents have a combined winning percentage of 0.415. The Jazz tonight attempt a big step up in weight class, facing the Lakers for the first time since the teams' opening-round playoff series last April.

Strength of schedule aside, there's no debating whether Utah's on a good run. They are. Carlos Boozer, the world's second-most famous Alaskan, is putting up All-Star numbers, and his running mate Deron Williams is getting sharp again after missing a couple games to deal with a family medical issue. Center Mehmet Okur, who played little in the playoffs last year, is back as the third option. Wesley Matthews and Eric Maynor are intriguing rooks getting real minutes.

There are new friends and old, in other words. With seemingly half the Lakers' games so far coming against Phoenix, Houston or New Orleans, I look forward to seeing someone new come to town. Let's get to know them a little better.

First, a quick review of who's not playing. Forward Andrei Kirilenko (strained lower back) and backup center Kyrylo Fesenko (stomach virus) did not travel with the team to Los Angeles. So much, I guess, for ratings in the former Soviet Union. Shooting guards Kyle Korver (recovering from knee surgery) and Ronnie Price (foot injury) are out as well. Utah's playing thin, obvy.

Also absent tonight will be our boy Stu Lantz. Stu, it's been announced, will miss the next seven games while his wife Linda recovers from surgery. Hot Rod Hundley, former Laker and longtime Jazz announcer, will be filling in for tonight at least. All our best to Stu and Linda. 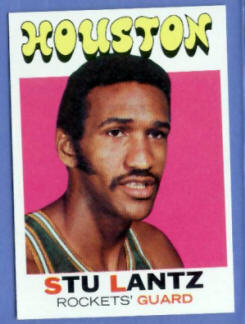 Utah's strength is its offense, which tactically hasn't changed in about three decades. They still run that deliberate, half-court pick-and-roll game that drives everyone nuts. Their Offensive Rating of 107.3 ranks seventh in the NBA, and they're top six in both Effective Field-Goal and True Shooting Percentage. You won't see them bomb away from three a whole bunch, and their team three-point accuracy of 35% is only middle of the pack, but Jazz shooters enter tonight's game on a hot streak. Over the past five games they've drained a stellar 41% of their long balls.

After a forgettable, injury-filled campaign last year, Boozer now looks like a man playing for a new contract, which not coincidentally he is. The guy is destroying people. Here are his numbers over the last eight games.

A look at Boozer's shot-location chart shows the engine of his improvement: the midrange game. Away from the rim and out to 15 feet, he's taking the same number of shots he did last year, about four per game. But whereas last season he made only 34% of his attempts, this year he's making 50%. The Laker bigs have the length and quickness to frustrate Boozer, but they'll have to be active and aggressive. If they kick it near the hoop and wait for Boozer to come from them, he'll feast all night on those little 12-foot J's.

Deron Williams, though he's been playing pretty well lately, doesn't seem quite himself this year. His turnovers are up, he's making only 72% of his free throws (after hitting about 80% over his first four seasons), and he's getting to the rim much less than he has in years past. He still presents a difficult matchup for the Lake Show. I'm of the view that Derek Fisher has been better on D than he was last year, but he just doesn't have the muscle to control Williams. With Kirilenko and Korver out of commission, Utah's wings aren't much of a threat, so it's likely we'll see both Kobe Bryant and Ron Artest try to body up Williams at some point.

Who are Utah's wings, you ask? Matthews has been starting at shooting guard, and Ronnie Brewer at small forward. An undrafted rookie out of Marquette, Matthews has been a surprise contributor. He's a low-volume, turnover-prone offensive player, but he's making 38% of his threes, so you can't totally forget about him, and he's been earning positive notices for his D. He'll likely get first crack at guarding Kobe - good luck with that, young buck.

For the second straight game, the Lakers face an opponent with a "stretch 5" - a center who enjoys chucking threes. Channing Frye didn't do much damage on Sunday, and now Okur and his 48% three-point shooting are the challenge. The Lakers are the best in the league at defending the money ball. Their zone-y defensive principles mean Andrew Bynum and Pau Gasol don't have to chase guys like Okur all over the court, and there's enough size on the perimeter between Kobe, Artest and Lamar Odom to make drainable looks hard to come by even for the tallest gunners. It seems, therefore, the Laker D is well designed and equipp ed for this matchup.

Eric Maynor is a dude I'm excited to check out. A member of what appears to be an all-time great class of rookie point guards, he comes off the bench for 15 minutes a night. He hasn't found his shooting touch in the NBA yet, but his assist and turnover numbers are fantastic. He should have a long pro career as a backup point.

Also off the bench we'll see power forward Paul Millsap, at $8 million luxury-grade reserve. He hasn't been the same productive force he was last year - turnovers up, rebounds down - but is nonetheless a valuable part of the second unit. Small forward CJ Miles recently made his season debut and could get 15-20 minutes of run. 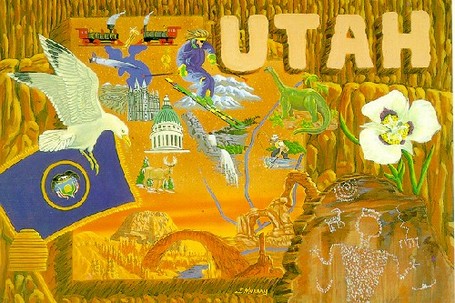 Not unlike the Suns team the Lakers just got done embarrassing, the Jazz undo a lot of their good work on offense with a pretty terrible D. They control the defensive glass well but are below average in everything else. They're coming off two particularly grim performances, allowing 1.19 points per possession to Minnesota and then 1.16 PPP to San Antonio. Fouling the hell out of their opponents, look a disreputable feature of the Utah D, is again emerging as a tendency. Their opponents have an FTA/FGA of 0.34 for the season, seventh highest in the NBA, and that number has been even higher (0.41) over the past five games.

A central problem with their defense is their starting big men: Boozer and Okur have been terrible at that end of the floor. Their advanced metrics coming into this season weren't bad, but they've both posted defensive plus-minus stats this year that are just putrid. Millsap has been better those guys, as has been Kirilenko. The Lakers catch a break by not having to deal with the latter.

Utah is a perfectly decent team, to be sure. Williams is always fun to watch, and if the Laker big men are sloppy on D, Boozer and Okur could get big numbers. Staples Center, though, has become where perfectly decent teams go to get pounded. Absent a bed-crapping reminiscent of the Miami game, a 10th straight victory for the Lake Show awaits.

All statistical terms defined here. Parentheses indicate league rankings. Numbers are courtesy of Basketball Reference and HoopData and, except for record and net points per game, are through Monday night's action.