The Miami Heat look like a team that's ready to get owned. They arrived in Los Angeles early this morning having absorbed an 18-point nutshot in Denver last night. When they play at Staples this evening, it'll be their sixth game in 10 days. The six opponents they'll have faced in that stretch have a combined winning percentage of 0.694. Of the Heat's last four wins, three have come by a single point, including "victories" over NBA speedbags New Orleans and, ahem, New Jersey.

Also, their opponent tonight is the Lakers, who are rested and vibing on a streak of seven straight blowouts.

Other than that, this matchup looks great for Miami.

Tonight will be the first time this year the Lakers have seen the Heat up close, but their roster isn't much different than when we all last hung out. It's still Dwyane Wade, a couple respectable supporting players, and then trash all the way down. As you'll recall, team president Pat Riley tried to poach Lamar Odom over the summer. Tried, and failed.

It feels like Wade's been in the league a decade, but he's still only 28 and he remains a stellar talent. His production this year has, however, slipped from "unbelievably awesome" to merely excellent. From last season's MVP-caliber numbers, his assist rate is down and his shooting is way down. Wade's effective field-goal percentage has fallen from 52% last year to only 45% this year. 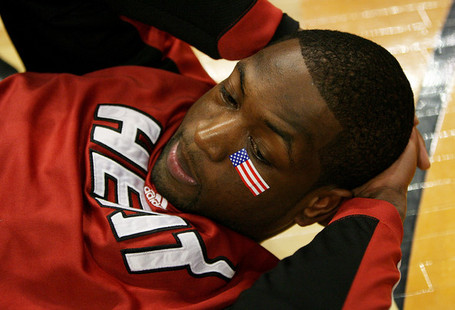 A look at his shot-location chart at HoopData reveals the problem: Wade isn't getting to the rim nearly as much. In 2008-09 he attempted 7.5 shots at the rim per game, a rate that's dropped to 6.1 per game - still good but not otherworldly. All those layups and dunks are being replaced by midrange looks out to 15 feet, where he (like most everyone else) isn't as proficient. He's also going through a serious three-point slump, having made only 2 of 18 over the past five games. Wade has remained highly productive because he gets to the free-throw line at an insane rate and does so many other things well aside from scoring, but he's not playing like a Jordanesque talent capable of plucking a road win from the Lakers.

Miami's second option on offense is highly decorated weed aficionado Michael Beasley. The Beez can score some, but his per-game average of 15+ overstates his value because he uses so many possessions to get there. For some reason he thinks he's a three-point shooter and will jack up a couple per game. This is great news for Heat opponents because he's been hitting less than 25%.

Starting point guard Mario Chalmers and center Jermaine O'Neal are decent role-players, nothing more. Chalmers doesn't use a lot of possessions, but he's an important cog in the Miami offense. With him on the floor, they've scored 14 points more per 100 possessions than when he's on the bench. O'Neal's enjoying a modest bounce-back season, and good on him for that. He's nonetheless likely to get worked by Andrew Bynum.

(Remember when the Lakers almost traded Bynum for O'Neal? Yikes.) 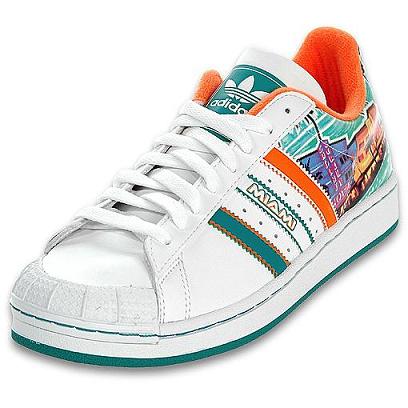 O'Neal is backed up by Udonis Haslem, who has his uses, but the rest of the Heat rotation is beyond feeble. Quentin Richardson or James Jones, neither of whom should be getting minutes in the NBA, will start at small forward. Somehow they make about $12 million combined. Q Rich has played almost 400 minutes this year and attempted only one free throw, which he missed. Daequan Cook plays 18 minutes a night but still finds time to jack up 4-5 threes every game. He makes less than a third of those attempts and shoots even worse on his twos. You have to admire his self-confidence, I guess.

(Seriously, the next time you're pissed off about the Lakers' bench, go look at the numbers for some other teams. There is a lot of nastiness out there. Bad benches are the rule in the NBA, not the exception.)

Miami will have to deal with at least two other problems that jump out at me from the numbers. One is that their defense is really starting to crack. In the table below, I've listed their points allowed per possession in each of their last five games. The league average, keep in mind, is slightly less than 1.07 PPP.

Wade and Chalmers make up a pretty good defensive backcourt, but O'Neal isn't nearly the defender he once was, and Beasley is downright awful. As we've already seen in so many games this year, Bynum and Pau Gasol are going to get a ton of excellent looks. Miami can mitigate the problem by subbing in Haslem for Beasley, but that move comes at an obvious cost on offense. Against this Lakers team, there's just nowhere to hide a bad frontcourt defender.

The other big problem is that Miami is one of the jump-shootingest teams in the league, and they're going to be playing tonight on dead legs. Thanks again to HoopData, we know they take fewer shot attempts at the rim per game than any other squad. Having played at altitude yesterday and traveled overnight, the Heat could be in for a hugely sucky shooting performance. 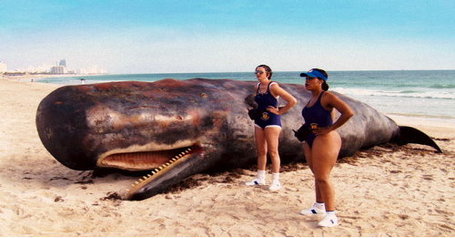 If absolutely everything were clicking and Wade were in vintage form, I could imagine Miami giving the Lakers a game. At the moment, thought, the conditions just aren't right - quite the opposite, in fact. This looks to me like another tasty beatdown waiting to happen.

I can think of worse ways to start the weekend.

All statistical terms defined here. Parentheses indicate league rankings. Numbers are courtesy of Basketball Reference and HoopData and, except for record and net points per game, are through Wednesday night's action.