Share All sharing options for: Back-to-Back Preview: Bulls and Bucks

The United States has an unemployment rate of 10%, yet Vinny Del Negro still receives a paycheck for coaching the Chicago Bulls. This is called market failure. Anyone outraged over Goldman Sachs bonuses should reroute a little populist anger toward Coach Vinny, as no one in America gets paid more for so little achievement. He's turned Derrick Rose and a bunch of other guys you've actually heard of into one of the suckiest teams in the league.

He'll be fired soon if there's even a tincture of sanity in this world, but luckily for Lakers fans it won't be until after tonight's game. The Lake Show kicks off a back-to-back at the United Center against the woeful Bulls, followed tomorrow by a visit to the Milwaukee Bucks. With their loss on Sunday to Utah, the Lakers ceded the league's best record to the Boston Celtics, who've been masterful at taking care of business on the road. There's a little urgency here for the Lakers to keep up, lest they start falling behind in the race for playoff home-court advantage.

These games really do matter.

Let's start with a basic truth about the Bulls: they're awful. Their record of 8-14 belies the true depths of their badness. They're 28th in the league in net points per game, ahead of only New Jersey and Minnesota. Over their last five games they've been outscored by an incredible 0.18 points per possession. This stretch includes two separate home losses by more than 25 points, a 35-point road loss to Atlanta and a home loss to the Nets. The only win in the last five was an overtime home victory over Golden State.

Word around the league is the team has quit on Del Negro, and the numbers won't tell you otherwise. Despite having the prodigiously talented Rose at the controls, the offense ranks 28th. They run hardly anything resembling a planned system. Most of their "plays" are either half-assed pick-and-rolls, or flattened 1-4 sets that ask Rose to improvise off the dribble. They don't get to the line and they're some of the worst shooters in the league. Other than that they're awesome.

Rose, in his second season, is regressing under Del Negro's non-guidance. His turnovers are up over his rookie year, and every other of his offensive metrics are down. He's made only one three-pointer in eight attempts. As a defender he's just terrible, lacking the ability to stay in front of any half-decent point guard. Derek Fisher isn't going to blow by him, of course, but Jordan Farmar certainly could.

Rose, in his defense, is getting less than zero help from his teammates. Starting shooting guard John Salmons has a True Shooting Percentage of 48%; keep that up over the long haul, son, and you're out of the league. He's made 33% of his threes this year, which isn't at all good but actually makes him the Bulls' best perimeter threat. That role you'd think would fall to Kirk Hinrich, but he's having a nightmarish campaign in terms of both injuries and performance. Hinrich has missed his last 13 long-distance attempts. 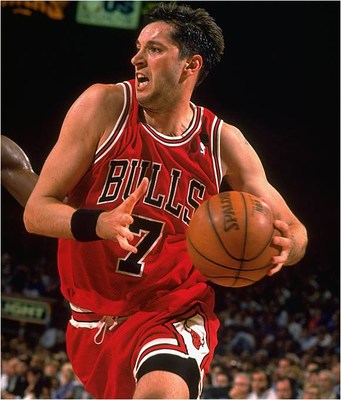 Up front, there's a little more for the Lakers to worry about, but only a little. Luol Deng is back at small forward after missing the playoffs to injury last year. He's OK, but it's hard to look at his performance and remember why we all once considered him a lynchpin to a possible Kobe Bryant trade. Something tells me if that trade had gone through it would not be viewed fondly by either Lakers fans or Kobe Bryant.

During tonight's broadcast you'll hear at least a few times that Taj Gibson is having a "promising rookie year." This is a stretch, and even that's putting it generously. Gibby has certainly played a fair amount, about 25 minutes a night, but his output hasn't been anything special. He's been turnover happy, he's not a good passer and he hasn't scored efficiently. Also, he's two years older than Andrew Bynum, so please don't think he's bursting with Ridiculous Upside.

If there's a bright spot in Chicago's season so far, it's been Joakim Noah. He has a fun-to-watch all-around game and is rounding into one of the NBA's better centers. With his length and bounciness, you'd think he's one of the few opposing centers who could cause problems for Bynum. Recently, though, both Chris Bosh and Brook Lopez have had big offensive numbers against Noah, so I'm hopeful Drew will rock and roll as usual. When the Lakers beat the Bulls in November, 108 to 93, Drew and Pau Gasol combined for 35 points.

(I pause here to remind everyone that Joakim, whatever his quirks and limitations, did call LeBron a bitch to his face. That alone earns him some affection in these parts.)

Brad Miller and rook James Johnson provide "depth" in the frontcourt, but not really. Miller has fallen off steeply, and Johnson doesn't look ready for The Show yet. Also off the bench we'll see a little Jannero Pargo, who's always fun. He likes to shoot a lot, which shouldn't be confused with being any good at it.

On Saturday the Celtics visited the United Center and won by 26. With Kobe still hurting the Lakers aren't likely to run it up to the same extent, but a comfortable, 15-point W is a reasonable expectation. The goals tonight should be to get the three-point game working again (after shooting 3 for 21 in Utah) and make quick work of a demoralized, fractured opponent. That would give the starters plenty of rest for....

It's always heated when the Lakers and Bucks face off. That's to be expected when one city has stolen Penny Marshall from the other. There's also the Lew Alcindor thing, but it's mostly about Penny. Milwaukeeans have forgiven... but not forgotten. 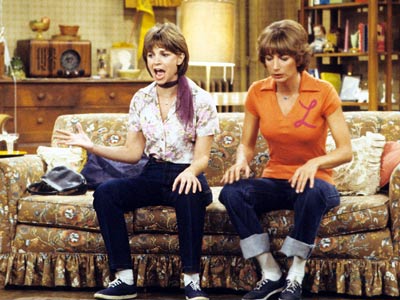 The Bucks don't have an obvious talent edge on the Bulls, but they do have the advantage of a coach who's not grossly incompetent. Scott Skiles, true to his rep, has forged a strong D in Milwaukee where just a couple seasons ago was one of the worst in the league. The Bucks rank seventh in defensive efficiency thanks to an aggressive scheme that forces turnovers prolifically.

On Wednesday night Skiles will run waves of big and athletic wing defenders at Kobe. Starters Carlos Delfino and Ersan Ilyasova and reserve Luc Richard Mbah a Moute are all capable or better and are likely to alternate shifts on Mamba Duty. The Laker ballhandlers will need to pay close attention to securing the rock - I'm looking at you, Ron Artest - but fortunately that's been a team strength this year. The turnovers that Milwaukee generates, in any event, come at the cost of a wickedly high foul rate.

The Lake Show bigs will face some combination of Andrew Bogut, Ilyasova, Hakim Warrick and Mbah a Moute. No pushovers in that group, no Eddie Curries, but also nobody that should really bother either Bynum or Gasol. Bogut has the size but not the agility, the other three vice versa.

The Bucks' offense is more a work in progress. The big story this season, as you don't need me to tell you, has been Brandon Jennings, who's like Derrick Rose was last year but better. After his 55-point detonation back in November, Jennings cooled off for a bit. The last two games, though, he's looked rejuvenated as he led his teams to wins over Toronto and Portland. He has a rare ability to get his lefty shot off against anyone along with great range (even if his 45% percentage on threes is very unlikely to hold up). He's moreover an above-average rebounder for his posishe.

Backing up Jennings is veteran Luke Ridnour, who you might be surprised to learn is having a splendido year. His True Shooting is over 60%, which he combines with a low turnover rate to make him one of the best backup PGs around. I doubt that his current performance level is sustainable, but give the guy credit for showing renewed verve in the summer of his career.

For most of the season the Bucks' starting shooting guard has been Charlie Bell. In Saturday's game, however, Charlie got the DNP-CD despite seeming to be in good health. I was about to research why he got benched when I remembered my favorite Andrew Bogut Video:

After watching it three more times and laughing heartily, I forgot all about Charlie Bell. Is he going to play tomorrow? Let's watch and find out together!

The Lakers should have Milwaukee solidly outgunned, but between the Denver and Utah games they haven't really blown us away with their performance in back-to-backs. It's time to fix that. There are plenty of back-to-backs on the horizon, so the Lakers need to get in the habit of sustaining that Night One energy across two games.

The honor of Penny Marshall demands it.

All statistical terms defined here. Parentheses indicate league rankings. Numbers are courtesy of Basketball Prospectus and HoopData and, except for record and net points per game, are through Sunday night's action.