When the New Orleans Hornets last came to visit, they were decomposing before our very eyes. It was early November. Their season was already heading south. They were the only team in the league to have lost to the Knicks. The players had stopped even pretending to play for tenuously employed coach Byron Scott, with franchise talent Chris Paul looking especially angsty. They were a wounded animal, barely clinging to life and staggering onto the highway just as the Laker 18-wheeler was starting to gather speed.

Sure enough, the Lakers splattered them all over the concrete in a gruesome 18-point blowout. The L.A. bench played almost half the game, and DJ Mbenga logged his only career double-double. Soon afterward, Scott was informed that his services as New Orleans coach would no longer be required.

The Hornets are back in town tonight, but the teams' lineups look a bit different than they did in November. Chris Paul is out with a sprained ankle, and Peja Stojakovic might miss tonight's game for personal reasons. The Lakers, on the other hand, are nearly at full health, with Pau Gasol and Andrew Bynum, whom the Hornets didn't have to face last time, back in action.

In other words, the highway's about to get bloody once again.

Just for giggles, though, let's start with some positives as far as New Orleans is concerned.

Weirdly enough, they've actually played pretty well without Paul. The Hornets have won four of their seven games with him on the shelf, and they're coming off a particularly impressive five-game stretch. Against opponents with a combined winning percentage of 0.634 (Phoenix, Atlanta, Miami, Milwaukee and Sacramento), they've held their own, going 3-2 in those games while both scoring and allowing 1.08 points per possession. Not bad for a team missing its only A-list talent.

New Orleans' strong recent performance is due in large measure to their promising rookie guards, Darren Collison and Marcus Thornton. These two hardly played at all under Scott, who for reasons unknown preferred the dubious veteran charms of Bobby Brown and Devin Brown. With Paul out and Scott gone, Collison and Thornton have seen substantially increased minutes, and both are proving they belong. Local boy Collison has posted strong assist and turnover rates at the point, while Thornton has shown the shooting touch that made him SEC Player of the Year. 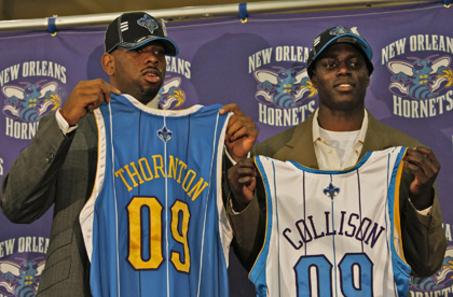 Collison will start tonight and Thornton will come of the bench, with both of them playing 30 minutes or so. The leftover backcourt playing time will get soaked up by the two Browns. Don't worry, they're still horrible. They're both worse than Shannon Brown, and maybe even "Club MTV" hostess Downtown Julie Brown. 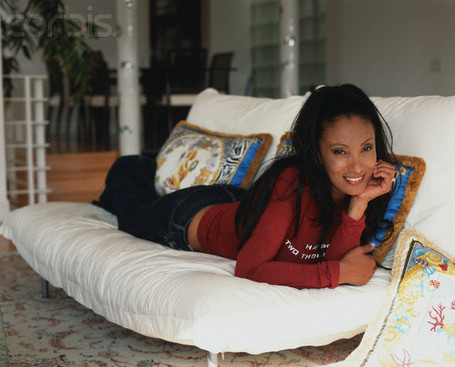 Up front, the situayshe for New Orleans is pretty blah. David West has had a couple good games recently, and there are worse centers around than Emeka Okafor, but those guys are overmatched against the towering Laker bigs. As mentioned, Peja might not go - he missed Sunday's game in Sacramento and is questionable for this one - but it's not like he's some super-scary weapon anyway. If he's out, expect lots of minutes for James Posey and Darius Songaila.

Stop laughing. It's not polite.

The Hornets aren't that great offensively, ranking 16th in the league in offensive efficiency, but man, they just suck on D. (A full stat comparison is at the bottom of this post.) Especially with master thief Paul out of the lineup, they don't have much hope of slowing the Laker attack. Gasol and Bynum will get plenty of tasty looks in the paint, and Kobe Bryant should have another 30-point game if he wants it. 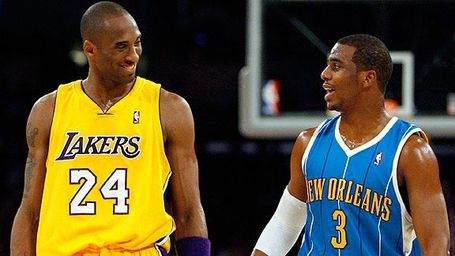 Their solid recent play notwithstanding, the Hornets just don't have the talent to hang with a Lakers team that's been looking increasingly sharp and merciless. Expect first-half pwnage, followed by garbagio time, and then the usual "How much of this lead will the bench fritter away?" festivities.

A true test of the Lakers will have to wait. For now, they continue to munch on low-hanging fruit.