On the scale of sportswriter adjectives, the Los Angeles Lakers hover somewhere between "shorthanded" and "injury-ravaged." Pau Gasol is improving but still out of commission. Kobe Bryant is playing, but with a hurt groin. Luke Walton has an aching back and is likely out until 2010.

And yet, their Tuesday night opponent, the Detroit Pistons, might be worse off still. Rip Hamilton and Tayshaun Prince, who together dropped the guillotine blade on the Shaq-era Lakers in the 2004 Finals, are both shelved with injuries, and point guard Rodney Stuckey left the Pistons' Sunday night game early with a strained something. (It was either an ankle or a calf, depending on who you ask.) Stuckey will play tonight, but Detroit still runs only eight deep.

And that's only if you count Kwame Brown.

Despite their injury-ravagedness, the Pistons haven't looked too bad so far. In fact, they're the very model of a middle-class NBA team. Their record is 5-5 against an average slate of opponents, and they're 15th in the league in net points. Nothing in those results should embarrass new coach John Kuester. Especially since he's had to give 15 minutes a night to Kwame and 20 to Jonas Jerebko, the only Swedish player in the league.*

And here you were thinking the Lakers' bench sucked.

Prithee take a closer look at the Pistons' team stats, below.** All terms and their significance explained here. League rankings are in parentheses.

The Pistons play at a slow pace, as they've seemingly done forever. The offense runs through four perimeter players: Stuckey, new acquisitions Ben Gordon and Charlie Villanueva and backup PG Will Bynum. Though he's the only one to come off the bench, Bynum might be the best of the group. He's an efficient scorer and has the potential to wreak Aaron Brooks-like havoc on the Laker D.

Stuckey and Gordon throw some different looks at you. The former is a big power guard in the Rajon Rondo mold, while Gordon loves shooting like Kwame loves cake. It wouldn't surprise me to see Ron Artest spend time checking these guys, both to give Kobe a rest on defense and because the Pistons don't have a small forward worth guarding. (Jerebko hardly ever shoots. I told you he's Swedish.)

Speaking of nobody worth guarding, Ben Wallace is back as the Pistons' starting center. He's the same Ben Wallace you remember, but worse. This doesn't mean, though, that Andrew Bynum gets the night off. Stuckey and the other Bynum are both adroit at getting shots in the lane, and as the numbers above show, Detroit's a good offensive rebounding squad. The Lakers are next-to-last in the NBA in defensive rebounding, so... you know. If they feel like hitting the boards tonight that'd be great. 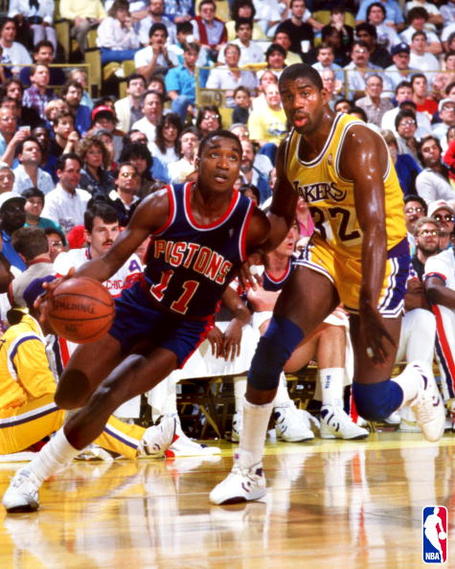 The Laker offense has been a disaster two straight games now. Their shot selection has been bad, their shot making even worse, and not nearly enough effort has been made to pound the ball in to Bynum. The Pistons don't have amazing inside defenders, so Drew could have another big night if the other Lakers don't forget he's on the team. Except for whoever's guarding Fish (most likely Gordon and Will Bynum), there's no position at which the Lakers don't have a matchup edge on offense.

It's unclear, though, exactly how much of a problem Kobe's groin will be. He practiced fully on Monday and says he's OK, but you and I know he hasn't looked the same the last couple games. Detroit doesn't have a Battier-caliber defender, so Tuesday should bring us closer to knowing whether Kobe's just been off lately or, alternatively, whether the groin is a real concern.

We'll also find out how Phil Jackson adjusts the rotation for Luke's absence, which opens up about 10 minutes of playing time. Technically Adam Morrison is next on the small-forward depth chart, but Phil must know he'd be exposed in a bigger role. Instead I expect to see more small lineups, with incrementally more run given to Shannon Brown, Jordan Farmar and Sasha Vujacic.

(Feel free not to explode with delight at this prospect. Until Pau returns, allowing Lamar Odom to spend more time at three, there aren't a ton of great options here.)

Detroit's a team the Lakers should beat, even at less than full strength. If you combined the two teams' rosters, only one Piston (pick one of the guards) would start, and a couple Pistons who get real minutes (Jerebko and Kwame) would play not at all. The Lakers have been so bad the last six quarters, nothing can be taken for granted, but the first three-game losing streak in the Era of Gasol for now looks pretty unlikely.

* - I was going to write that Jerebko is the only Swedish player in NBA history, but it turns out Miles Simon was born there as well.

** - Thanks to Basketball Reference and Hoopdata for the numbers. Excellent sites, both. 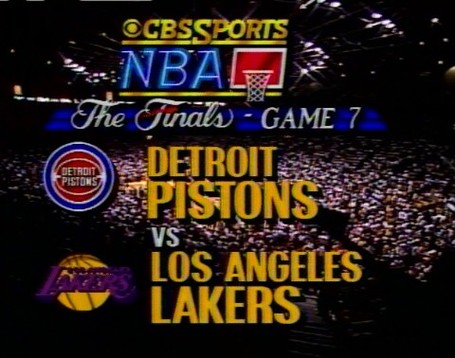