In Soviet Russia, Nuggets Serve You

Share All sharing options for: In Soviet Russia, Nuggets Serve You

We can draw a pretty straight line between the Los Angeles Lakers' Thursday night rout of the Phoenix Suns and their Friday night rout by the Denver Nuggets. The two games are diagnostic equivalents. Both contests pitted Western Conference contenders against each other. In both games the visiting team was on the tail end of a back-to-back, having played at home the night before. In both games the host team treated its guests as disposable chew-toys.

So if you want to enshrine the Lakers' performance on Thursday night as a show of dominance, you have to do the same for the Nuggets. Or, if you want to write off the Lakers' faceplant in Denver as a forgivable sign of fatigue and ultimately sans meaning, you have to give Phoenix the same benefit of the doubt. There's no having it both ways ‘round here.

Me, I'm checking the box next to "meaningless." Playing on the road having traveled the night before is a tough gig that made both the Suns and Lakers look worse than they are. Almost as tough a gig, in fact, as writing about all the ways the Lakers sucked yesterday!

Like many Friday nights that end in humiliation, last night began with so much promise. The Lakers showed up for their date with their shoes shined, their breath fresh and a lightly applied coat of Drakkar Noir (the scent of kings!). No one would guess they'd been out late getting hammered on Patron the night before and were mere hours away from yakking all over themselves. 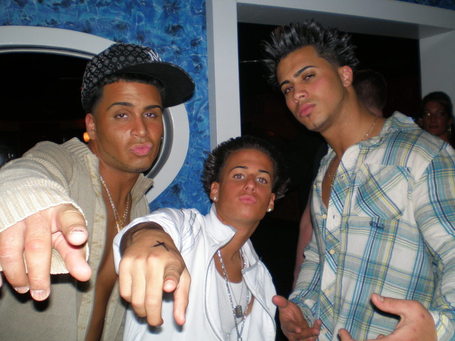 Four possessions into the game, the Lakers led 8-0. That was the high point of the evening. Quickly the Nuggets gathered themselves and began to outplay the Lakes. Forceful defense kept Kobe Bryant and Andrew Bynum from finding their preferred post-up spots, and on O a dedication to attacking the hoop kept sending Denver to the free-throw line. The Nuggets led by only four at half, but cracks in the Laker edifice were showing. It wasn't the same efficient unit that had just finished brutalizing the Suns.

Even early in the game, the Nuggies weren't allowing Kobe to get into an offensive flow. Arron Afflalo, who drew the defensive assignment, played Kobe as well as anybody has this year, and Denver brought help with occasional double-teams. The variety of the looks seemed to throw El Mamba off kilter a bit. Not that he was getting loads of amazing help from his teammates or anything.

Bynum had a decent game overall, but the Nugget bigs were more up to the task of guarding him than were the Phoenix welterweights. Lamar Odom had a nicely active first half, and Ron Artest hit a couple threes to help keep it close. But Derek Fisher couldn't get it rolling, repeatedly banging front rim - stop giggling! - on makeable looks, and the bench of course did nothing. On D the Laker rotations were slow, and the whole operation looked sloggy. Denver perimeter weapons Carmelo Anthony, J.R. Smith and Ty Lawson were having their way. 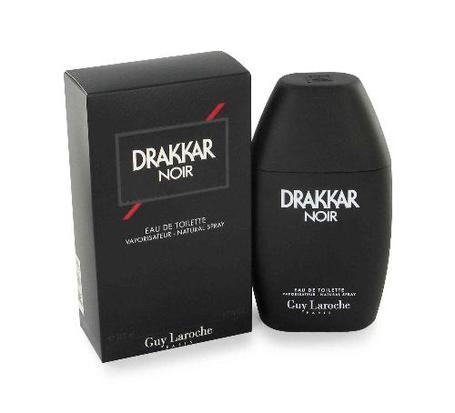 The third period was an utter shitstorm, a grotesque carnival of substandard hoopage. In 22 possessions the Lakers scored eight points. Eight. If you spent the quarter counting Laker points on your fingers, you wouldn't even have needed them all. (Unless you've been involved in a horrible lawnmover incident.) It was the worst quarter the Lakers have played since... I don't know, sometime last year. Possibly since Game Six in Boston.

The Laker collapse read to me as a product of fatigue and altitude. There was no fuel to fight for inside position. Every trip down seemed to end in a turnover or flat outside J. There was no resolve to interfere with Denver cutters or keep them off the offensive glass. Phil Jackson couldn't be troubled to call a timeout, even when the Nugs rang up 10 straight out of the locker room. It was a failure of the Lakers operating system from top to bottom.

By the end of the third, a Nugget layup drill had broken out, and it was all garbagio time from there. Kobe, Lamar and Ron sat out the fourth entirely. By the time the Denver stat-padding reached a merciful end, the score was 105-79. The Lakers allowed 1.14 points per possession, which is bad, but scored only 0.86 PPP, which is way, way worse. You typically don't see offenses this impotent unless they're in Minnesota or Charlotte. 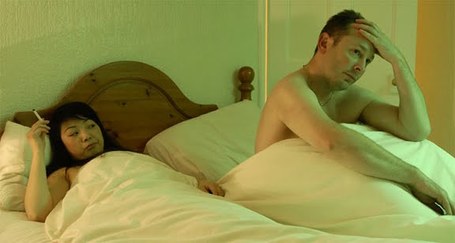 It's almost as if the Lakers needed another player out there last night. Something in a power forward, perhaps... seven feet tall would be good. Someone who could take the scoring pressure off Kobe and Bynum, and help toughen up defense in the paint. Yeah, with a couple All-Star Games under his belt. The Prophecy does speak of such a creature....

Aw, who am I kidding? We'll never find a player like that. Everyone knows they're made up, like unicorns and girls who'll talk to me.

Wouldn't it be nice, though? 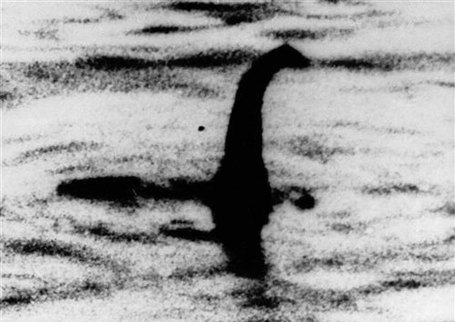