Lords of the Ring: The Credits

Share All sharing options for: Lords of the Ring: The Credits 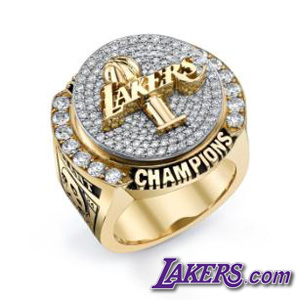 LAKERS: Get To Know the 2009 Championship Ring

(These are NOIIIICCCE!! [Stu!]  They even put the faces on the rings.  First time I've seen that.  [We'll teach you how to stunt!]  It's no wonder Ron wanted to come here.  He's going to get a nicer one this season.

The Rings alone made up for Lawrence Tanter almost putting me to sleep with his monotone announcing during the Ceremony.  First the Parade, then this.  Would it kill him to sound like this?  The crowd should be in a frenzy.  Just my opinion.

Click on through for MORE Lakers Links after the Jump...